Transferring contacts from Nokia to iPhone

Ok, now there are several methods suggested online, but I had to figure out my own recipe simply because I didn't have all the ingredients in one place.
Ingredients:
Nokia 6210c or one of those Nokia phones too vainglorious to announce its own model number anywhere on the body.
Nokia PC Suite on a Windows PC - simply because I could't find a straight forward way of downloading Isync for Mac.
MS Outlook - which is total crap, but not as crappy as it's Mac sister Entourage.
Plaxo - the cool tool that saved the day.
Iphone 4 - the glorious basterd.
The catch - Didn't want to sync the Iphone to multiple computers. It was nicely synced to the Itunes on my Mac already. Had to figure a way of getting the contact book from Nokia to Iphone without using Itunes.
The solution - Transfer all your contacts from your Nokia phone to the PC using Nokia PC Suite. Sync the PC Suite with MS Outlook. Export a CSV text file from Outlook. Make a free account online on Plaxo. Upload the csv file. Now download the Plaxo app on your iPhone via Apps search. Run it on iPhone. Login to your account and sync it! Thats it!
Posted by Anand Gandhi at 8:26 PM 2 comments:

Even though I am far from finishing the whopping 1904 pager Suicide Note of Mitchell Heisman, it has been a very stimulating read so far. There are some lapses in logic and fundamental assumptions - like the comparison of ethnocenticism and anthropomorphism to what he calls viviocentricism (life-centredness) - such comparison is fundamentally flawed, for the negation of ethnic inequality and human superiority still builds from the basic assumption that all life "wants" to continue.

This obsession with bumper stickers and coherent meaning has been oppressive, and at best, just fun. Yet these reminders to find meaning in apparent (and usually obvious) meaninglessness are compelling. I think it all boils down to that basic choice, which for most of us, unlike Heisman, is a default one. The choice to be. Once you begin with that assumption, you can build your way up to curiosity, joy, survival and maybe even altruism.

I am approaching the final production schedule of my feature film "Theseus' Ship". I am about to shoot the part in which the monk Maitreya is fasting unto death. As death closes in, he is forced to re-question all the ideas he has taken for granted. Its safe to assume that death is our only certainty, and inexistence the primary fear. Its in the face of this fear, that transcendental signifiers like god, heaven and soul need to be invented, and attempts are made to produce coherent views.

I was amused at Heisman's observation of the Bible's attempt at imagining infinity. He points out that even with the best of their ambition to imagine infinity, the writers of Bible could only imagine a god who looks like man, lives beyond the clouds and a world that is only a few thousand years old.

Meanwhile, "Theseus' Ship" will perhaps be the first film to allude to Charvaka and the Church of the Flying Spaghetti Monster. Images will be up soon.
Posted by Anand Gandhi at 5:38 PM 1 comment: 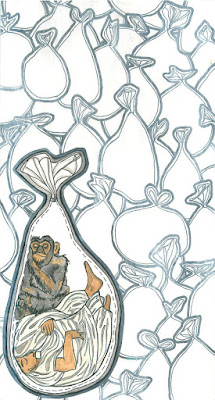 Arielle made this piece a while ago. It illustrates a scene from the monk's story in the film.

(First day of reconnaissance in Stockholm today. It was great fun catching up with Rupesh and Deepal)
Posted by Anand Gandhi at 4:50 AM 1 comment:

Email ThisBlogThis!Share to TwitterShare to FacebookShare to Pinterest
Labels: coolhunt

(Revisited, just for the record)
The Kino Song
Neon lights make a static sound
So dragon-flies don't stand their ground
While the venus trap closes around.
Fortunes and fears are read in patterns of the coffee cup
And we stay up
In sleepless nights
At Café Kino.
She plays the saw in melancholia
He sees her wings with p
areidolia,
She moves calculated, curvilinear
He knows, advised with apophenia,
That she'll soon walk the rope scaffold.
He fills his cavities with dental gold
As this hyperlinked narrative begins to unfold...
Forced parallels don't hold
Manufactured memories are sold
In ugly beauty magazines -
Each with a free centerfold.
In flourescent menus of promises and paranoia,
We search for love
And feel at home somehow,
Till we are asked to move
From Café Kino.
Posted by Anand Gandhi at 3:43 AM 2 comments:

The first decent word on the film that is not a comparison between Aida and other "foreign imports" to Bollywood!
Posted by Anand Gandhi at 11:43 PM No comments:

We started shooting Theseus' Ship in February this year, and we are still rolling. I looked up online and it seems Theseus's Ship is going to be the first feature film to be shot entirely on Canon EOS 1D MK4 DSLR Camera.
Posted by Anand Gandhi at 1:08 AM 2 comments: 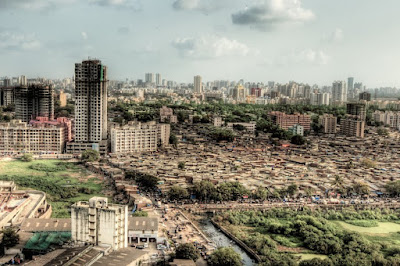 One more before the night is over...
Posted by Anand Gandhi at 1:13 AM 1 comment: 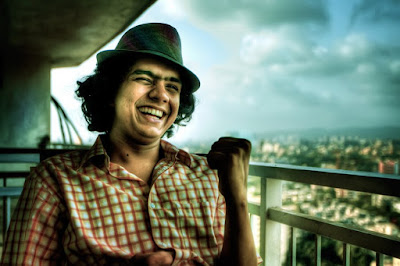 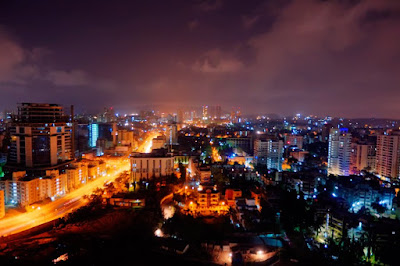 Posted by Anand Gandhi at 8:35 PM No comments: 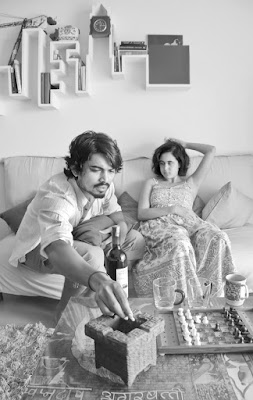 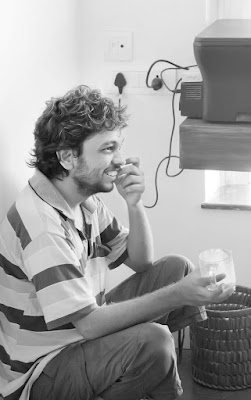 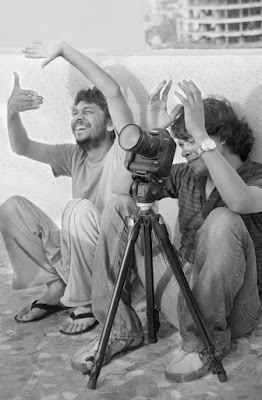 All pictures by Shriti Banerjee.
Posted by Anand Gandhi at 2:56 AM No comments:

Life, The Universe and Other Things